Who Knew...Press'n Seal Can Make You Cry?!

Today I was using Glad Press’n Seal Wrap and I started to cry.  Yes, it made me sad.  I know it probably sounds crazy, but the tears started to flow freely.  Who would have thought wrap used to protect your food could bring on such sadness…

Actually, I am not surprised at all.  When Paul had his port accessed, we had to cover it every time he showered. He would have times where he would be accessed for weeks at a time.  When we ran out of the medical plastic protectors, we had to get a little more creative.  We discovered that Press’n Seal worked better than anything else…it clung pretty closely and helped to keep the port dry.

So, now every time I see Press’n Seal it makes me think of Paul…it makes me think of all his suffering.  I don’t use it often anymore, but I do have a couple rolls sitting in the drawer…we bought several to use for him.  Usually it doesn’t make me cry, but it does make me think and feel a bit sad.

I think I am feeling a bit more sensitive now that February is here.  I have dreaded this month.  This month represents a lot of sadness for me.  Ironically, some of my best and happiest memories were in February.   Our wedding anniversary is on February 5; on February 12, 2013, we received the news that Paul was going on hospice; February 14, 2013, was the last Valentine Day I spent with Paul; February 25, 2013, Paul passed away.

It is hard to believe that Paul has been gone for almost a year now.  I miss him more than words can say.  I can say that I understand true sorrow.

At times, I feel deep sadness for my children.  Recently, I received a couple emails from my girl’s elementary school.  Both emails were regarding activities involving  dads.  One of the emails was referring to the annual Valentine dance.  The dads and their daughters get dressed up, of course spend time dancing, have treats, and get their picture taken together.  Last year, my father-in-law took the girls because Paul was in the hospital, and obviously was too sick to take them anyway.

As I read those emails, I cried.  This is our reality now.  Paul is not coming home from work…

I do believe that Paul will be present for all of those activities, just not in the sense we would really like him to be here.  He will be here in the only way that is possible at the moment.  I am grateful that I know I will see him again one day and so will my children.  I know, like Paul said in the video we recorded of him, he will be here watching over them on their first dates!

As I look at my journey over this past year it has been a huge growing experience. Well, actually it began about 4 years ago when Paul was having major problems with his back, died on the operating table but came back, and then had to have another surgery to repair his back; his cancer diagnosis (surgeries, chemo);my dad’s heart attack and major surgery; my mom dying; Paul dying; and a few other trials along the way…

There have been times this past year where I have wondered how I was going to do this by myself.  I have come to realize that I am not doing this by myself at all.  I have help from a loving Heavenly Father and my Savior.  I also know that Paul is still watching over us and helping us.  I have amazing friends and family who have become my angels and Paul’s hands.

Do I have moments of complete sorrow?  Absolutely!  But, fortunately they are just moments.  I have discovered that I can experience great sorrow and then move forward.

Do I feel blessed?  Absolutely!  I have so many things to be grateful for!  I woke up this morning to find this beautiful, brightly lit mohawk, little girl laying in my bed! 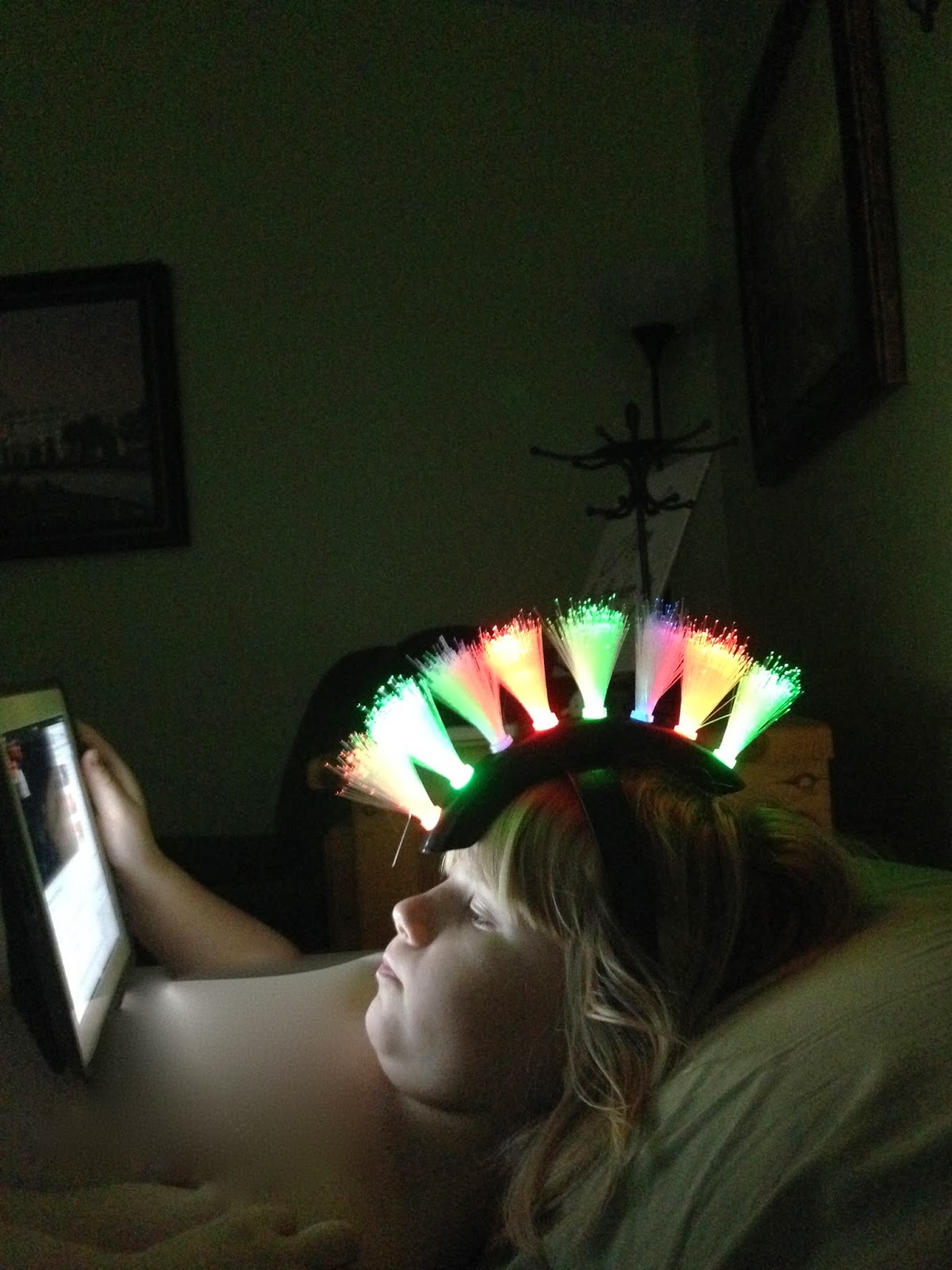 Posted by Sandra Winchester at 6:55 PM