Faith to Weather the Storm 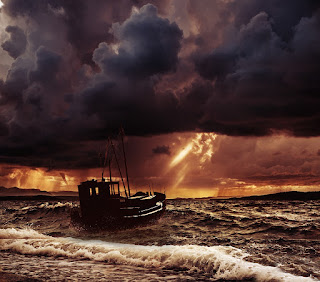 I wish I could say that I am the one who does not ever feel these things.  But that would be a lie.  I have been having many heart-to-hearts with God lately…trying to understand some trials that have been plaguing me.

Yesterday, my friend sent me a text telling me to listen to a talk by Jeffrey R. Holland, “Lessons from Liberty Jail”.  She knew that I have read and listened to this talk several times before.  In fact, it is one of my favorite speeches.  But, she also knows that we can read something numerous times and learn something new each time. And this time was no different.

While reading this speech, I noticed a couple of things I had not pondered before.  One of those things is from this statement, “And they will remind you that God often ‘moves in a mysterious way His wonders to perform.’  As I looked at the footnote it referenced a hymn called, “God Moves in a Mysterious Way.”

This morning as I was looking over Facebook, I discovered an inspiring short new video about a woman who survived the Oklahoma tornado in May, 2013.  It is called,  “After the Storms”.  In this video there was also a reference to this same song.  I have never even noticed or sung this song before that I can recall.  So I decided I had better look the song up.  Here are the lyrics:

God moves in a mysterious way


His wonders to perform;
He plants His footsteps in the sea
And rides upon the storm.

Deep in unfathomable mines
Of never failing skill
He treasures up His bright designs
And works His sovereign will.

Ye fearful saints, fresh courage take;
The clouds ye so much dread
Are big with mercy and shall break
In blessings on your head.

Judge not the Lord by feeble sense,
But trust Him for His grace;
Behind a frowning providence
He hides a smiling face.

His purposes will ripen fast,
Unfolding every hour;
The bud may have a bitter taste,
But sweet will be the flower.

Blind unbelief is sure to err
And scan His work in vain;
God is His own interpreter,
And He will make it plain.

As I read the lyrics to this song, I started to think about a post I did called Trusting God.  At times, it is so hard to trust Him when everything is so bleak…especially in the middle of our storms.  In that post I shared the following story:

As I thought of that story, it made me realize that we do not, nor can we fully, understand why things happen the way they do, but God always knows.  He knows us individually and He knows our plans.  We MUST trust Him! 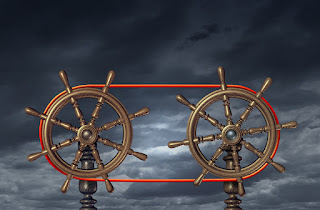 “When we experience those things in life that we just don’t understand, we have to choose whether or not we’re going to trust God.

It’s not being optimistically foolish to trust God no matter what; it’s what we call faith. It’s in that in between when we don’t have all the answers, and we don’t know if everything will turn out okay that we come to know what real faith is.

Real faith isn’t a hopeful wish. Real faith is making the decision that no matter the outcome, we’ll choose to see it as God’s perfect answer.

Through the good, through the not so good, and even through the down right awful we will trust God. Now this doesn’t mean we won’t cry and express hurt. It does mean we’ve decided it’s better to have lived trying to take leaps of faith with God, than to walk away from Him.”- Lysa TerKeurst, Proverbs 31 Ministry

Posted by Sandra Winchester at 4:06 PM